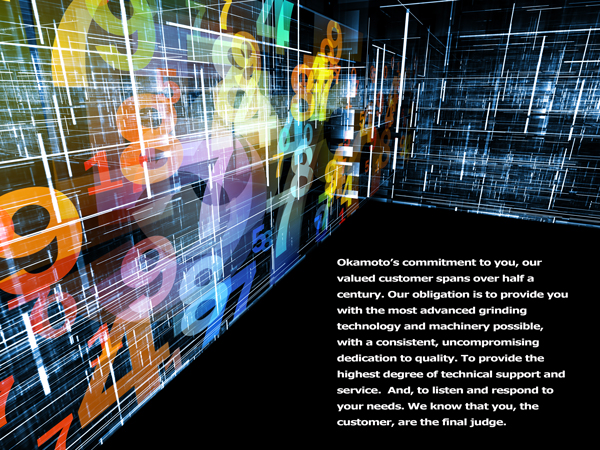 Okamoto’s commitment to you, our valued customer spans over half a century. Our obligation is to provide you with the most advanced grinding technology and machinery possible, with a consistent, uncompromising dedication to quality. To provide the highest degree of technical support and service. And, to listen and respond to your needs. We know that you, the customer, are the final judge.

Exported PSG-6F and 15B to U.S. for the first time. Contracted to export 21 machines, including PSG-5B, to the Soviet Union. Received Gold Medal at 3rd Japan Best Machine Show.